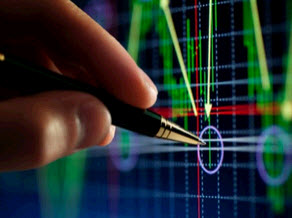 The issues raised in this chapter concerned with ownership and control can be illustrated in relation to professional football. Professional football clubs were traditionally private limited companies. These were owned and run either by a single or a small group of individuals. The clubs developed a relationship with the local community and, particularly, their supporters who pay to watch matches. The objective of football clubs was not to make profits but to achieve the best league result possible, given the income of the club from football and the money contributed by the owners. Owners were expected to put funds into their clubs with little expectation of a commercial return.

Few clubs made profits on any consistent basis, and the majority made persistent losses. Of 40 League clubs listed by Szymanski and Kuypers (1999) in the period 1978 to 1997 only six were profitable, on average, for the whole period. These were Liverpool, Manchester United, Arsenal, Tottenham, Aston Villa, Oldham and Barnsley. The majority of clubs were perceived to be poorly managed and to have failed to keep up with changing social trends. Since the clubs were non-quoted companies there was no market in corporate control. While many clubs were bankrupt in the technical sense, they staggered on with the support of a changing cast of money providers, but better management and profitability were rarely the result.

The stakeholders in the clubs - the fans, the players, the staff and the local community - played no part in the running of the club. The fans who paid to watch their teams play were generally taken for granted by the clubs, facilities were limited and attendance declined, as football became one choice among a range of leisure options, was associated with violence of various kinds and offered poor value for money. The various stakeholders in a football club also have conflicting objectives. For example:

■ In a mutual, or fan-controlled, club the controllers/owners might seek to avoid losses, relative football success and low admission prices.

■ Manager and players, given their abilities, are also interested in maximizing their earnings and football success, though their commitment to any one club might be for a short period only.

■ The community might be interested in football success, minimizing community disruption and encouraging the club to get involved in community projects.

(see Michie and Ramalinghan 1999 for further discussion). The turning point in making football in England a commercial activity came with the publication of the Taylor Report in 1990 into the Hillsborough Stadium disaster of 1989. It recommended that all First and Second Division club grounds should become all-seater stadiums. This was quickly followed by the formation of the elite Premier League as a separate entity from the Football League. These two changes have led to:

■ Increased exposure of football on television, further widening the revenue base,

■ The growth of wider commercial activity such as the selling of football kits.

■ The non-sharing of home match receipts with visiting teams, enabling the larger clubs to increase their revenues.

As a result of increased revenue and the social acceptance of Premiership football, a small number of clubs become Stock Exchange-listed companies. Tottenham Hotspur became listed in 1983, but no other club followed until Manchester United did so in 1993. Now the majority of Premier League clubs are listed companies, leading to a greater emphasis on profitability and good stewardship, which at times conflicts with the need to be successful on the field of play.

Traditional supporters have been critical of these changes because they argue that, without their support, the football club would be of little value to the shareholders. The inelasticity of demand to watch the top teams and the limited capacity of grounds have given clubs significant market power to raise prices and revenue and to put shareholder value ahead of football success. Some have argued that the fans should be represented on the board of directors, while others have argued the football clubs should adopt co-operative or mutual structures to ensure they maintain their traditional role as a sports club rather than a purely commercial enterprise: for example, Barcelona, one of the most successful football teams in Europe, is still a club with real links with its community and supporter base.

Stock market flotation has widened the range of shareholders to include financial institutions and in more recent times, media companies particularly those involved in satellite and cable television. The bid by BSkyB Television for Manchester United brought many of these issues into the public arena. The prohibition of the merger by the Monopolies and Mergers Commission (MMC) has not ended the involvement of media companies, which changed their strategy from owning a single club to owning minority stakes in a number of clubs. The decision also ended the bid by NTL, a cable television company, for Newcastle United. The motivation for media companies seeking ownership stakes in major football clubs is to be able to influence negotiations about media rights, to advise on media development and to be involved in the development of club-based pay-per-view television services.

In this chapter we explored issues relating to the ownership and control of the firm. To do this we analysed:

■ The ownership structures of firms and the pattern of shareholdings in different countries.

■ The nature of control in different countries was examined. In the UK and the USA, where share ownership is widely dispersed, there are outsider systems of control using market mechanisms. In continental Europe and Japan, where share ownership is more concentrated, there are insider control systems. In whose interests firms are operated was also examined.

■ The major constraints on managerial discretion come through either external mechanisms, essentially through the Stock Exchange, or internal constraints where shareholders and stakeholders use their power of control within the formal and informal structures of the firm.

Using a sample of company annual reports extract information on the following: a The distribution of shares by size of holding.

b The category of shareholders (e.g., banks, individuals, etc.) which are the main owners. c The largest shareholder.

d Whether there is a coherent group of shareholders. e The shareholdings of directors.

Based on the information collected, would you describe each company as either management or owner-controlled?

a Does the report give evidence of compliance with latest code of practice? b Do any of the firms fail to comply with the latest code. If yes, in what respect do they fail to do so and what justification did the company give for its actions?

Get All The Support And Guidance You Need To Be A Success At Having A Great Game of Football. This Book Is One Of The Most Valuable Resources In The World When It Comes To Learning How To Play Football Like A Pro And Win The Game.

How to Become a Stock-Picking Pro