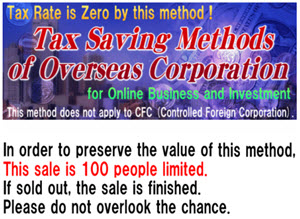 The analysis of the tax evasion decision assumed that the probability of detection and the rate of the fine levied when caught evading were fixed. This is a satisfactory assumption from the perspective of the individual taxpayer. From the government's perspective, though, these are variables that can be chosen. The probability of detection can be raised by the employment of additional taxpayers and the fine can be legislated or set by the courts. The purpose of this section is to analyze the issues involved in the government's decision.

It has already been shown that an increase in either p or F will reduce the amount of undeclared income. The next step is consider how they affect the level of revenue raised by the government. Revenue in this context is defined as taxes paid plus the money received from fines. From a taxpayer with income Y the expected value (it is expected since there is only a probability the taxpayer will be fined) of the revenue collected is

Again, the fine has no effect if pF > 1 - p. These expressions show that if evasion is taking place, an increase in either the probability of detection or of the fine will increase the revenue the government receives.

The choice problem of the government can now be addressed. It has already been noted that an increase in the probability of detection can be achieved by the employment of additional tax inspectors. Tax inspectors require payment so, as a consequence, an increase in p is costly to achieve. In contrast, there is no cost involved in raising or lowering the fine. Effectively, increases in F are costless to produce. From these observations, the optimal policy can be determined.

Since p is costly and F is free, the interests of the government are best served by reducing p close to zero whilst raising F towards infinity. This has been termed the policy of "hanging taxpayers with probability zero". Expressed in words, the government should put virtually no effort into attempting to catch tax evaders but should severely punish those it apprehends. This is an extreme form of policy and nothing like it is observed in practice. Surprising as it is, it does follow from the logical application of the model.

Numerous comments can be made in respect of this result. The first begins with the objective of the government. In previous chapters it has been assumed that the government is guided in its policy choice by a social welfare function. There will be clear differences between a policy designed to maximize revenue and one that maximizes welfare. For instance, inflicting an infinite fine upon a taxpayer caught evading will have a significantly detrimental effect on welfare. Even if the government does not pursue welfare maximization, it may be constrained by political factors such as the need to ensure re-election. A policy of severely punishing tax evaders may be politically damaging especially if tax evasion is a widely-established phenomenon.

One could think that such argument is not relevant because if the punishment is large enough to deter cheating, it should not matter how dire it is. The fear keeps everyone from cheating, hence the punishment never actually occurs and its costs is irrelevant. The problem with this argument is that it ignores the risk of mistakes. The detection process may go wrong or the taxpayer can mistakenly understate taxable income. If punishment are as large as possible, even for small tax underpayments, then mistakes will be very costly. To reduce the cost of mistakes, the punishment should be of the smallest size required to deter cheating. Minimal deterrence accomplishes this purpose.

A further observation, and one whose consequences will be investigated in detail, concerns the policy instruments under the government's control. The view of the government so far is that it a single entity that chooses the level of all its policy instruments simultaneously. In practice, the government consists of many different departments and agencies. When it comes to taxation and tax policy, a reasonable breakdown would be to view the tax rate as set by central government as part of a general economic policy. The probability of detection is controlled by a revenue service whose objective is the maximization of revenue. Finally, the punishment for tax evasion is set by the judiciary.

This breakdown shows why the choice of probability and fine may not be chosen in a cohesive manner by a single authority. What it does not do is provide any argument for why the fine should not be set infinitely high to deter evasion. An explanation for this can be found by applying reasoning from the economics of crime. This would view tax evasion as just another crime, and the punishment for it should fit with the scheme of punishments for other crimes. The construction of these punishments relies on the argument that they should provide incentives that lessen the overall level of crime. To see what this means, imagine that crimes can be ranked from least harmful to most harmful. Naturally, if someone is going to commit a crime, the authorities wish that they commit a less harmful one rather than a more harmful one. If more harmful ones are also more rewarding (think of robbing a bank whilst armed compared to merely attempting to snatch cash), then a scheme of equal punishments will not provide any incentive for committing the less harmful crime. What will provide the right incentive is for the more harmful crime to also have a heavier punishment. So the extent of punishment should be related to the harmfulness of the crime. Punishment should fit the crime.

This framework has two implications. First of all, the punishment for tax evasion will not be varied freely in order to maximized revenue. Instead it will be set as part of a general crime policy. The second implication is that the punishment will also be quite modest since tax evasion is not an especially harmful crime. Arguments such as these are reflected in the fact that the fine rate on evasion is quite low - a figure in the order of 1.5 to 2 would not be unrealistic. As already noted, the maximum fine in the UK is 100% of the unpaid tax, but the Inland Revenue may accept a lesser fine depending on the "size and gravity" of the offence.

Putting all of these arguments together suggests adopting a different perspective on choosing the optimal probability of detection. With the tax rate set as a tool of economic policy and the fine set by the judiciary, the only instrument under the control of the revenue service is the probability of detection. As already seen, an increase in this raises revenue but only does so at a cost. The optimal probability is found when the marginal gain in revenue just equals the marginal cost - and this could occur at a very low value of p.

Get All The Support And Guidance You Need To Permanently Get A Handle On Your Taxes. This Book Is One Of The Most Valuable Resources In The World When It Comes To A Guide To Home Business Taxes.