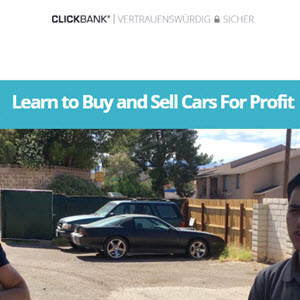 Recall our model of the used-car market: the owners of the used cars knew the quality, but the purchasers had to guess at the quality. We saw that this asymmetric information could cause problems in the market; in some cases, the adverse selection problem would result in too few transactions being made.

However, the story doesn't end there. The owners of the good used cars have an incentive to try to convey the fact that they have a good car to the potential purchasers. They would like to choose actions that signal the quality of their car to those who might buy it.

One sensible signal in this context would be for the owner of a good used car to offer a warranty. This would be a promise to pay the purchaser some agreed upon amount if the car turned out to be a lemon. Owners of

For simplicity we assume a linear production function so that the total output produced by L2 able workers and L\ unable workers is a\L\ -f a2L2• We also assume a competitive labor market.

If worker quality is easily observable, then firms would just offer a wage of w2 ~ a2 to the able workers and oi W\ = a\ to the unable workers. That is, each worker would be paid his marginal product and we would have an efficient equilibrium.

But what if the firm can't observe the marginal products? If a firm can't distinguish the types of workers, then the best that it can do is to offer the average wage, which is w = (1 — b)ai + ba2. As long as the good and the bad workers both agree to work at this wage there is no problem with adverse selection. And, given our assumption about the production function, the firm produces just as much output and makes just as much profit as it would if it could perfectly observe the type of the worker.

But is this an equilibrium? Does anyone have an incentive to change his or her behavior? Each firm is paying each worker his or her marginal product, so the firms have no incentive to do anything differently. The only question is whether the workers are behaving rationally given the wage schedule they face.

But we are guaranteed that this condition holds by the choice of e*. Hence the unable workers find it optimal to choose a zero educational level.

Is it actually in the interest of the able workers to acquire the level of education e*? The condition for the benefits to exceed the costs is a2 ~ a\ > c2e*, and this condition also holds due to the choice of e*.

Hence this pattern of wages is indeed an equilibrium: if each able worker chooses education level e* and each unable worker chooses a zero educational level, then no worker has any reason to change his or her behavior. Due to our assumption about the cost differences, the education level of a worker can, in equilibrium, serve as a signal of the different productivities. This type of signaling equilibrium is sometimes called a separating equilibrium since the equilibrium involves each type of worker making a choice that allows him to separate himself from the other type.

Another possibility is a pooling equilibrium, in which each type of worker makes the same choice. For example, suppose that c2 > Ci, so that the able workers have a higher cost of acquiring education than the unable

workers. In this case it can be shown that the only equilibrium involves the workers all getting paid a wage based on their average ability, and so no signaling occurs.

The separating equilibrium is especially interesting since it is inefficient from a social point of view. Each able worker finds it in his interest to pay for acquiring the signal, even though it doesn't change his productivity at all. The able workers want to acquire the signal not because it makes them any more productive, but just because it distinguishes them from the unable workers. Exactly the same amount of output is produced in the (separating) signaling equilibrium as would be if there were no signaling at all. In this model the acquisition of the signal is a total waste from the social point of view.

It is worth thinking about the nature of this inefficiency. As before, it arises because of an externality. If both able and unable workers were paid their average product, the wage of the able workers would be depressed because of the presence of the unable workers. Thus they would have an incentive to invest in signals that will distinguish them from the less able. This investment offers a private benefit but no social benefit.

Of course signaling doesn't always lead to inefficiencies. Some types of signals, such as the used-car warranties described above, help to facilitate trade. In that case the equilibrium with signals is preferred to the equilibrium without signals. So signaling can make things better or worse; each case has to be examined on its own merits.

In the extreme form of the educational signaling model described above education has no effect on productivity: the years spent in school serve only to signal the fixed ability of an individual. This is obviously an exaggeration: a student with 11 years of schooling almost certainly is more productive than one with 10 years of schooling due to the fact that they have acquired more useful skills during the additional year. Presumably part of the returns to schooling are due to signaling, and part are due to the acquisition of useful skills while in school. How can we separate these two factors?

Labor economists who have studied the returns to education have observed the following suggestive fact: the earnings of people who have graduated from high school are much higher than the incomes of people who have only completed 3 years of high school. One study found that graduating from high school increases earnings by 5 to 6 times as much as does completing a year in high school that does not result in graduation. The same discontinuous jump occurs for people who graduate from college. According to one estimate, the economic return to the 16th year of schooling are about three times as high as the return to the 15th year of schooling.4 If education imparts productive skills, we might well expect that people with 11 years of education are paid more than people with 10 years of education. What is surprising is that there is a huge jump in earnings associated with high school graduation. Economists have termed this the sheepskin effect, in reference to the fact that diplomas were often written on sheepskins. Presumably, graduation from high school is some kind of signal. But what is it a signal of? In the educational signaling model described earlier, educational attainment was a signal of ability. Is that what high school graduation signals? Or is it something else?

Andrew Weiss, a Boston University economist, attempted to answer these questions.5 He looked at a set of data describing how workers assembled equipment and was able to obtain a measure of how much output they produced in their first month on the job. He found that there was a very small effect of education on output: each year of secondary education increased a worker's output by about 1.3 percent. Furthermore, high school graduates produced essentially the same amount of output as non-graduates. Apparently education contributed only a small amount to the initial productivity of these workers.

Weiss then looked at another data set that described various characteristics of workers in a variety of occupations. He found that high school graduates had significantly lower quit and absentee rates than nongrad-uates. It seems that high school graduates receive higher wages because they are more productive—but the reason that they are more productive is because they stay with the firm longer and have fewer absences. This suggests that the signaling model does give us insight into real-world labor markets. However, the actual signal sent by educational attainment is considerably more complex than the simplest version of the signaling model suggests.

How to Buy a Car With Little or No Credit

How To Get That Car With Little Or No Credit. Think you can't get a car because you have no credit? You need to read this report today. Are you in need of a car? The cost of a new car nowadays equals about what my parents paid for their first home. It's not a purchase to be taken lightly. You want to do everything possible to ensure you get a great deal.