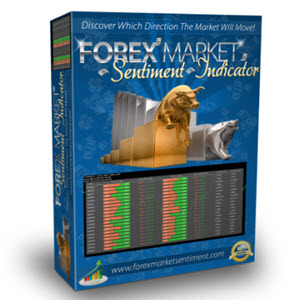 The subjects learn through the feedback of the profits and realized random events that they can use the pictures to forecast random events and at the same time that coordination is profitable. In the eleventh round, pictures are no longer correlated with random events and the frequency of coordination drops. But it increases again, with four of the five pairs coordinating in six of the last seven rounds. This is indicative of the type of learning the model describes. Once the initial period of correlation ends, the subjects use the pictures no longer as a forecast for random events but now as a coordination device since they discover that regardless of the costs, coordination increases profits. This naturally explains the finding that some type of a coordination equilibrium was reached for four of the five pairs by the end of the experiment.

The results presented here are preliminary but provide initial support for the empirical validity of Howitt and McAfee's model of animal-spirits cycles. Further, they corroborate Marimon et al.'s finding that a period of correlation between a sunspot and a fundamental of an economy can condition agents into basing their future decisions on the sunspot even in the absence of any correlation. Future work can build on the simple experimental design used in this chapter in several directions. An immediate extension would be to use larger groups of subjects, rather than pairs, since using pairs probably made it easier to obtain coordination. Also one wonders how important the initial period of correlation was for obtaining cycles. To bring out the importance of initial correlation and stochastic costs more clearly, a more formal 2x2 design may be used, with the nature of costs (fixed or stochastic) and correlation (with and without) as treatment variables. Rematching of subjects and expanding feedback to include the concurrent behavior of other groups may also be considered.

Another exciting avenue for future work relates to a recent literature on coordination failures. Jeitschko and Taylor's (2001) model of "coordination avalanches," for example, share two of the crucial elements of animal-spirits cycles: externalities and uncertainty. In that model, coordination is optimal as in the animalspirits model but local discouragement of some participants can trigger a global collapse of coordination. An experimental study of their results will require careful consideration with respect to generating correct expectations but would likely feature many of the same characteristics as the experiment in this chapter. Further exploration of animal-spirits cycles and related work studying the role of expectations in different contexts would seem an important direction for future research.

1 I would like to thank Dan Friedman for guidance and editorial comments. I also thank Peter Howitt and Steffen Huck for helpful suggestions and Alessandra Cassar for translating the instructions into Italian. I gratefully acknowledge financial support from the 2001 CEEL Summer School on Experimental Economics.

2 I will use the terms animal spirits and sunspots interchangeably.

4 This is borrowed from Peter Howitt's presentation at the 2001 CEEL Summer School on Experimental Economics.